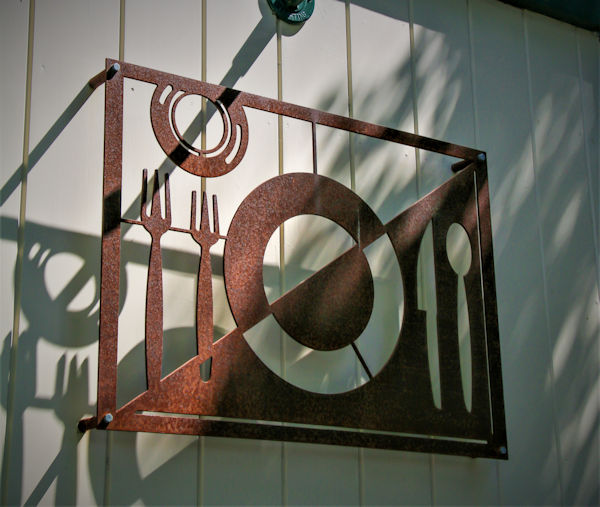 Preferred Sonoma Caterers was founded by Owner/Chef Amber Balshaw and her husband Jim over 30 years ago. Amber’s love of cooking always keeps her excited about food, and that excitement keeps her menus fresh and innovative. Amber has seen trends in food and design come and go (and sometimes come again) over her years planning weddings and other events. She loves to help couples brainstorm new ideas and knows how an event should flow to get everything just right.

We prefer to work with local producers and farmers for our produce, cheeses, seafood and as much as we can, to not only provide the freshest products but to support sustainable and artisan practices, and the local community. PSC strives to be an active member of the community, helping through donations and charitable fund raisers, and even founding Petaluma's Art & Garden Festival. We firmly believe in supporting the community we live and work in. With a long history of environmental practices, we were proud to be Certified as a Green Company in 2009. For more information see PSC's community and environmental practices page.

Amber is a 5th generation Petalumen and Jim is (nearly) a native as well. Both grew up and went to school in Petaluma, managing to just miss each other on several occasions, until one day in their last year of high school. Both left Petaluma after attending SRJC; Jim for UCSB, and Amber for an apprenticeship in Innsbruck Austria, followed by the Culinary Institute of America in New York. After getting married they worked in southern California for a time, until the call of home was just too strong. They always say if they didn’t live in Sonoma County they would vacation here; it is a beautiful area!

During her globe hopping Amber has worked in Innsbruck, at West Point Military Academy, and at the Ojai Valley Inn, among others. She has cooked for three US Presidents, other dignitaries, and a multitude of stars. Notable events for PSC have been catering for the audience at Emeril Lagasse’s San Francisco Special, on location for a John Travolta movie, and a single 3 day long party! More commonly we cater weddings, cocktail parties, and business events for 30 to 1500 guests.

We're proud of our staff, they are like family, both figuratively and literally! Along with Amber and Jim, their niece AnnieLaurie, an Event Captain for years, has now joined the management team. Their nephew Steven is an Event Chef and just out of college is looking at joining the management team for the next generation of leadership. Amber’s sister Timber is our bookkeeper, and Amber’s mother was our baker for many years (we miss you Mary).

We have been so lucky over the years that people stay for years and years, even the seasonal staff come back year after year. Our Event Captains all have a decade of experience with us, most of our servers have been with us for years (and bring with them their friends and family). Unlike many companies we have never had the need for a staffing agency, so much less worry!

Located in "The Retro Warehouse District" in mid-town Petaluma at 416 East D Street. Preferred Sonoma Caterers' home is a circa 1911 building that has been attentively renovated with an eye toward preserving its historic charm, while providing a completely modern and energy efficient catering facility. The building's facade and windows were all restored. Inside you may notice the original redwood wall and ceiling in the showroom, or the slightly later era bead board wall and ceiling in the office, and the original wood floor throughout. And what you can not see is just as good, the frame is entirely redwood, including 12x12 clear heart beams for the upper foundation.

We are the proud recipients a Petaluma Heritage Homes award for the restoration work. We undertook this project simply because we love Petaluma and its old buildings and it was the image we wanted for our company. The award was unexpected; it was a joy to have all our hard work recognized. Thank you Heritage Homes.

The building has had a rich history, being occupied almost continuously, having hosted a wide variety of Petaluma businesses including a clothes cleaning and


dyeing company, a chicken incubator factory, a vending machine service, a furniture rental store, a carpet and drapery company, and finally a saddle shop before becoming a catering company. And rumor has it that a fair number of smaller undocumented businesses also resided in parts of building, including a bookie.

Since originally writing this we have met the daughter (Lorraine Byce Skoog) of the owner of the incubator factory, who was able to fill us in a few more details. The factory was the "Petaluma Electric Incubator Factory" owned by Elwood Byce (not to be confused with the Petaluma Incubator Factory which was owned by Lorraine's grand father). It was here from 1938 to 1955. We welcome any other information or photos of our buildings past.